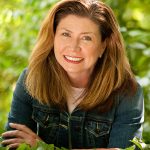 Jennifer Holder has more than thirty years of experience in marketing, communications, and public relations and launched Pirate Girl in September 2011 following a 15-year career as vice president of marketing and corporate communications for First Tennessee Bank, the largest Tennessee-chartered bank, for its East Tennessee market. Starting with a goal of having six category-exclusive client relationships, Jennifer soon found that more than a dozen clients representing many different industries were ready to climb aboard and join her on her new adventure and that their needs far exceeded solely public relations. Pirate Girl now offers marketing strategy, advertising production, media placement, graphic design, and much more in addition to PR.

While at First Tennessee, Jennifer’s responsibilities included regional marketing and sponsorships, charitable giving, community relations, internal and external communication, public relations, special events, and an employee community volunteer program. Company honors received during her direct oversight include being voted Best Bank in East Tennessee in the News Sentinel’s readers poll for twelve consecutive years, receiving the Knoxville Chamber’s Impact Award, and being named Corporate Philanthropist of the Year from the Smoky Mountain Chapter of the Association of Fundraising Professionals. She also managed all aspects of First Tennessee’s corporate sponsorship of University of Tennessee Athletics, including contract negotiation and deliverables such as signage and branding elements and creative production of television, radio, and print commercials featuring football and men’s and women’s basketball head coaches (including endorsement relationships).

A member of Phi Beta Kappa, Holder received a B.A. in College Scholars and an M.B.A. with a marketing concentration from the University of Tennessee, Knoxville and remains active with her alma mater as a past Chancellor’s Associate, past board member for the College of Business’s M.B.A. program, past chair of the UT Alumni Association’s Women’s Council, and member of the Alliance of Women Philanthropists. She is a past president of Nucleus Knoxville and the Knoxville American Marketing Association and has held a number of leadership roles with dozens of nonprofit organizations, having served on the boards of Dogwood Arts, the Knoxville/Knox County Public Building Authority, Cancer Support Community, and the East Tennessee Veterans Memorial Association (emeritus). She also is a member of the Knoxville advisory board of First Tennessee Bank/First Horizon and the Executive Women’s Association. She served as Co-Chair of the Dogwood Arts Festival for 2017 and 2018. Her honors include the American Advertising Federation-Knoxville’s Hall of Fame and Best PR Manager (Big Wig Awards), YWCA Volunteer of the Year, Junior League of Knoxville Outstanding Community Involvement Award, Top Young Professional of Knoxville, Alpha Omicron Pi Knoxville Alumnae Outstanding Citizenship Award, and the Knoxville American Marketing Association’s Locander Award for Extraordinary Chapter Service. She is a 2005 graduate of Leadership Knoxville.